Morocco became part of the Roman Empire in 40 AD as the province of Mauretania Tingitana. There are several good archaeological sites in the country, including the famous city of Volubilis and several smaller cities such as Lixus.

In the archaeological museum of Tetouan, there are a number of fine mosaics from Lixus. Originally a Phoenician city founded in the 7th century BC, it prospered under Roman rule. The mosaics you see here were all made in the 2nd and 3rd centuries AD. Life wasn't always peaceful in Roman Mauretania Tingitana, however, as you can see from this picture of a most unfortunate Roman soldier.

For some more shots of this kind of art, check out my post on Roman gladiator mosaics. 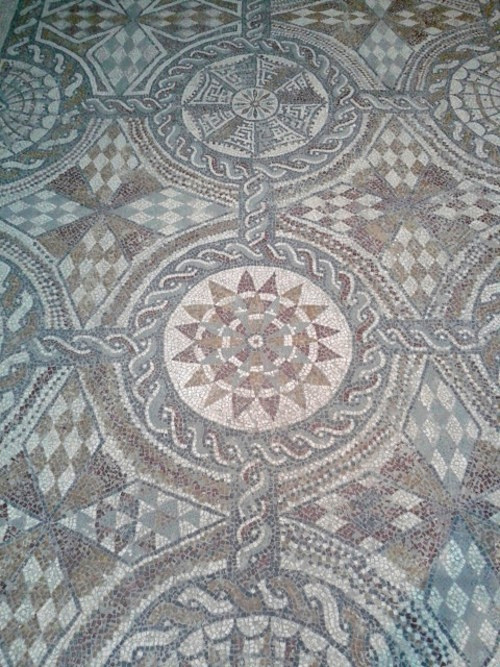