Busy with Ghostwriting: Back to my own stuff soon! 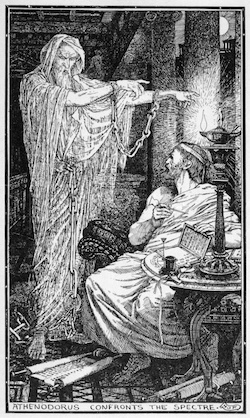 I've been quiet on here for the past couple of weeks, and the word count meter for The Case of the Golden Greeks hasn't moved much lately. That's because I've been busy with a couple of different ghostwriting projects.

Ghostwriting fiction and nonfiction is my day job, and I've had to take on some extra work because the tax man is going to be expecting a check on April 15. Yeah, death and taxes, you can't avoid either of them. Taxes have the extra annoyance of coming every year.

I should be back to normal after a couple of weeks. While I'll still be doing ghost work, I'll have time again for my own projects. By the end of April I plan to have finished a rough draft of The Case of the Golden Greeks, come out with a newsletter, and started a new novel. I haven't decided what yet, perhaps the fourth in the Trench Raiders series. Fans of that series have been a long time waiting. Sorry about that! The next in the Toxic World series, which is in edits, will come out in April or May.

I also have a collaboration in the works. Can't really talk about that yet, but I might have some exciting news before the summer.

Taxes are due there at the same time as ours? I didn't think anyone ran on our crazy schedule.