A New Collaboration Out Now! 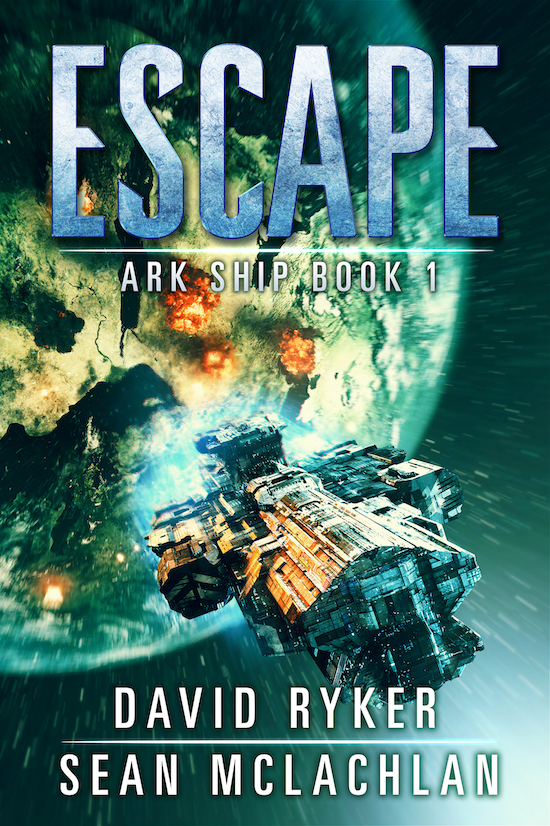 I've hinted before on this blog that I was doing a collaborative project. Well, now it's out! I teamed up with bestselling science fiction author David Ryker to write a space opera with a lot of political intrigue, friendly and hostile aliens, and a colony ship that's going to have to go through hell to save the last remnants of the human race. A blurb is below:

The Earth is dying.
Her people have fled.
And Mitch Ayers is having a real bad day.
Fifty years ago, our home was dying. We identified worlds that might be able to support human life. We built Ark Ships: huge colonization vessels carrying thousands of crew. And we set out, not knowing if we could make it to the other side of the blackness, or whether there would be anything there if we did.
Mitch wasn't supposed to have to care about any of this. He was supposed to be happily dreaming in stasis for another twenty years. That's until he wakes up on the Ark Ship Nansen, three light years off course, staring right up at the barrel of a gun. All around him, he hears the screams of the dying. Terrorists are wiping out the Nansen's crew while they sleep, and he's the only one who can do a damn thing about it.
But ain't that always the way.
Mitch knows the Nansen's crew might be the only humans left in the universe. The problem is, he quickly learns that humans aren't alone in the stars. Aliens aren't just out there, they're everywhere. And the first one he meets tries to sink its teeth into his neck...
Mitch is a long way from home, and it's not just the aliens he's up against. It's the traitors within his own crew.
Now humanity's fate rests on his shoulders. So he'll have to think fast...

David and I are hard at work finishing up the trilogy and books two and three will be out later this year.