It's the 50th Anniversary of the Moon Landing! Here Are Ten Reasons the Conspiracy Theorists are Stupid 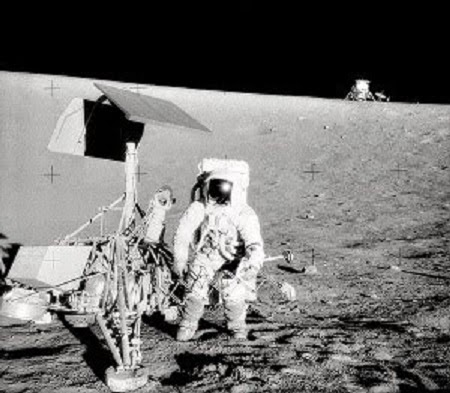 We're coming up on the 50th anniversary of the Moon landings. Sadly, there are some people who think we never went to the Moon. While I have a healthy mistrust of government, I find this conspiracy theory silly to say the least. Governments lie on a regular basis, especially the U.S. government, but that doesn't mean they lie all the time. Here are ten reasons that this conspiracy theory, peddled by people who want to make a quick buck off of public credulity, is total bullshit.

1. The testimony of thousands of people involved in the project.

2. The fact that none of them in the past 50 years have blown the lid on the "conspiracy", despite the potential to get millions for their story.

3. The hundreds of professional and amateur astronomers worldwide who saw the reflected light of the Apollo spacecraft through their telescopes, and the countless people they showed this wonder to.

4. The fact that the Soviet Union, despite its extensive spy network and a very big motive, never called the U.S. on the "lie."

5. The fact that no other nation hostile to the U.S. has done this in 50 years.

6. The hundreds of pounds of Moon rocks divided up and sent to researchers in dozens of countries, including Russia. Moon rocks are unlike any rocks found here on Earth. Where did the conspirators get them?

7. The fact that actually going to the Moon is not a great technological feat for an already space-faring nation, merely an economic challenge, and we're talking about the richest country in the world here.

8. A NASA satellite has photographed the Moon landing site from space. Of course they're part of the conspiracy, but are Japan and India?
http://www.squidoo.com/apollo-moon-landing-photos-from-space

9. The weak arguments in support of the "hoax" has been debunked in several venues. Here's one of the best.
http://www.xmission.com/~jwindley/

10. Given all the above reasons, it would be easier just to go to the Moon!


Photo of Charles Conrad Jr., Apollo 12 Commander, courtesy of NASA. This photo is not faked. People really can achieve amazing things when they try hard enough.
at 04:59

Like people who say the Holocaust never happened. Give it up, folks. We went to the moon.